Foods that Help with Back Pain 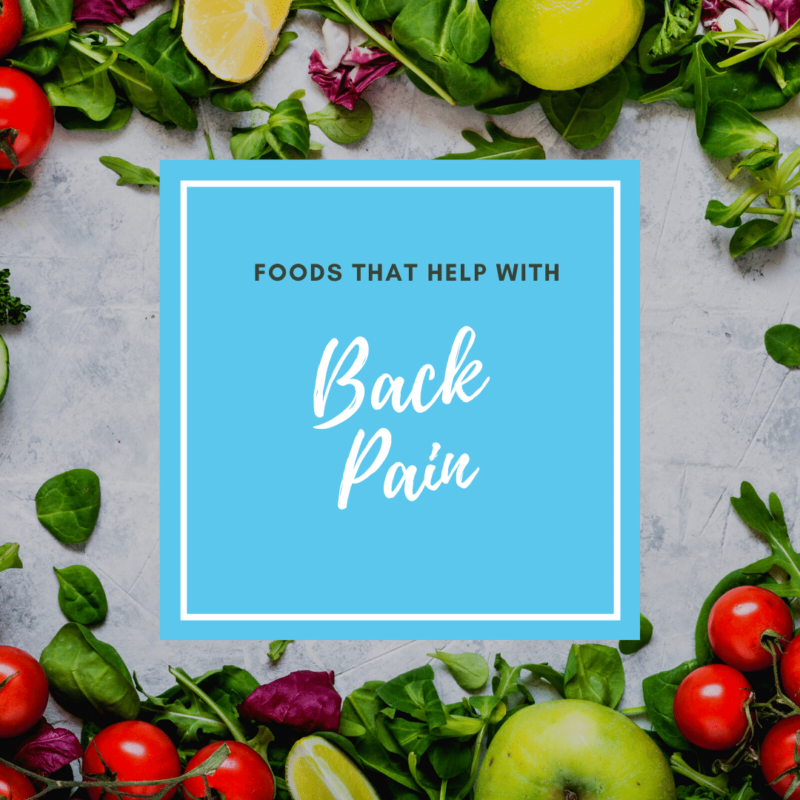 Both blueberries and strawberries contain polyphenols, which are a type of antioxidant that has an anti-inflammatory effect to relieve pain and prevent future flare-ups. Berries can be consumed fresh or frozen in order to be effective.

Salmon contains lots of omega-3 fatty acids, which have anti-inflammatory properties. It has also been known to relieve joint tenderness. Salmon also contains vitamin D, which is essential for the body to absorb calcium. Fish such as tuna, sardines, herring, black cod, trout, and mackerel have similar nutritional benefits. However, fish such as tilapia and catfish have high levels of omega-6 fatty acids, which can increase inflammation.

Although ginger root is primarily associated with relieving stomach pain and nausea, it also reduces inflammation and pain. In fact, many people have used it to relieve pain from aching joints, arthritis, or menstrual cramps and found it to be just as effective as over the counter anti-inflammatory drugs.

Dark green vegetables such as spinach, broccoli, bok choy, and kale have been shown to reduce inflammation in the spinal column, which relieves pain. They also reduce inflammation in the cartilage, which helps to reduce spinal stiffness. Additionally, these greens are loaded with calcium, which is important for maintaining bone health and preventing osteoporosis. They also contain magnesium, which helps to maintain bone density and prevent back problems.

Foods like lentils, beans, nuts, and chia seeds are great sources of protein that can replace inflammatory foods such as processed meats. Not only that, but plant-based proteins are leaner than red meat and have a variety of vitamins and minerals.

Turmeric contains curcumin, which is a very strong antioxidant that also acts as an anti-inflammatory. In fact, curcumin has been shown to be just as effective as certain anti-inflammatory drugs. However, in order for the body to absorb curcumin you will need to consume black pepper and/or take a curcumin supplement.

Virgin olive oil helps to relieve back pain in a number of ways. For starters, it contains a compound known as oleocanthal, which works like ibuprofen. Additionally, it also contains a compound known as lubricin, which helps to maintain cartilage and lubricate the joints. To reap the benefits of virgin olive oil, be sure to keep it under 410 degrees.

Wine, specifically red wine, contains a compound known as resveratrol that has been shown to reduce disc swelling and back pain. While this relationship is still being researched, it is recommended that women have one glass and men have two glasses.