Is Your Back Pain Caused by Lyme Disease? 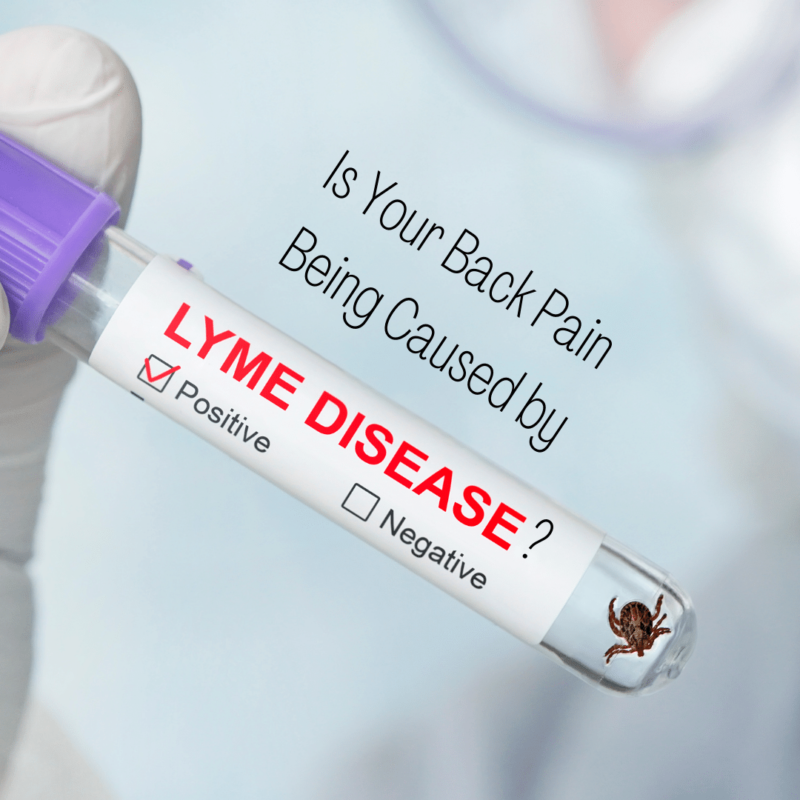 Back pain can have a number of different causes. One potential cause that you may not immediately think about is Lyme  disease. Lyme  disease tends to be especially prevalent during the summer months when the weather is warm and people are more likely to be outside in nature. To learn more about how Lyme  disease can cause back pain, we must first understand what Lyme  disease is, how it spreads, and how it affects the body.

Lyme  disease is a bacterial infection that is spread by infected ticks. It is most commonly spread by the blacklegged tick, which is commonly referred to as deer ticks. These ticks are found throughout the eastern United States and infect an estimated 329,000 individuals annually. Within that number, around 15% of people with Lyme  disease can experience back pain.

Lyme  disease affects the body in a few different ways. One of the first distinguishing signs of Lyme  disease is a circular rash that forms on the skin surrounding the tick bite. Additionally, Lyme  disease can also cause fatigue, fever, and pain in the muscles and joints. It can also cause a phenomenon known as Lyme  arthritis.

Lyme  arthritis is generally seen in 1 out of every 4 Lyme  disease patients, according to the CDC. It occurs when bacteria from a Lyme  disease infection gets inside the joint tissue and causes inflammation. When this happens, one or a few joints can become inflamed, swollen, and warm to the touch. In most cases, Lyme  arthritis occurs at least one month after the initial infection. Other symptoms may occur earlier, as soon as 3 days after being bitten.

People who have Lyme  arthritis can usually avoid long-term joint damage by getting the condition properly treated. However, the longer an individual goes without treatment, the more likely it is that the arthritis will result in permanent joint damage. Because of this, it is recommended to be tested for Lyme  disease if you have been out in nature recently and are experiencing any of the symptoms. Back pain due to Lyme  disease can be tough to diagnose, as most people look for other reasons why their back is hurting. However, if you cannot find a cause for your back pain and/or it has not been responding to RA treatment, then this could be an indication you could be affected by Lyme  arthritis.

Luckily, treatment for Lyme  disease is relatively simple and effective. Generally speaking, you can expect to receive a four-week course of antibiotics to kill the infection. In cases where you have been affected by severe joint pain, a second course of antibiotics may be needed to completely eradicate the bacteria from inside the affected joints. When pain and inflammation occur after the second course of antibiotics, you are usually referred to a rheumatologist for further testing. Although Lyme  arthritis does not always cause permanent damage, it can increase the risk of developing rheumatoid arthritis.