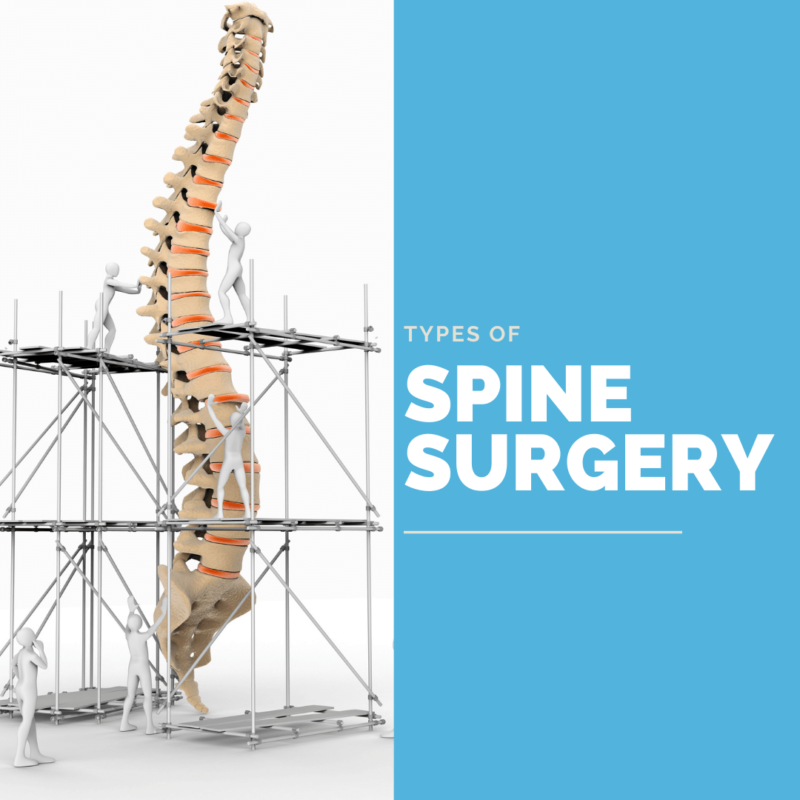 If you have been suffering from back pain and have exhausted a number of non-surgical treatment options, then your spinal specialist may recommend spinal surgery. Before having spinal surgery, there are a number of things to consider. One important thing to consider is the type of spine surgery you are having. Knowing what to expect in regards to your surgical procedure, as well as during the recovery process can help you make the right decision. Here are some common types of spine surgery that your spinal surgeon may recommend for your consideration:

This technique is one of the most common spinal procedures used to treat cervical spine disorders such as herniated discs or bone spurs. ACDF is performed by first making a small incision in the front of the neck to avoid going through the neck muscles. The abnormal disc and/or bone spurs are then removed, and a spacer is placed between the two vertebrae. This alleviates pressure on the spinal cord and relieves the resulting pain and numbness. As the body heals, new bone will grow in and around the spacer.

This technique is commonly used to treat disc problems in the lower back. ALIF is performed by first making a small incision in the abdomen. The affected disc is then removed and replaced with a bone graft that will eventually fuse the two adjacent vertebrae together. This relieves pinched nerves and restores spinal height.

This technique is an alternative to ACDF to replace damaged discs in the cervical spine. While ADR is a relatively new technique, it is becoming increasingly popular for its ability to provide a natural range of motion, eliminate the need for a bone graft, and lower the risk of degenerative disc disease in surrounding vertebrae. ADR is performed by making a small incision in the front of the neck to access the disc. The affected disc is then removed and replaced with an artificial disc.

This technique is used to relieve pressure on the spinal nerves. A cervical foraminotomy and discectomy is performed by making an incision in the back of the neck. Then, a small part of the bone and joint that lies over the compressed nerve will be removed to alleviate pressure. In some cases, a damaged disc may also be removed.

This technique is used to treat degenerative discs in the lower back. LLIF is performed by first making a small incision in the waist. The affected disc is then removed and a bone graft is placed in the empty space, along with supporting screws and plates. As the spine heals, the two vertebrae will fuse together.

These are minimally invasive surgical (MIS) techniques used to treat herniated discs or spinal stenosis in the lower back. Microdiscectomy and microdecompression are performed by first making a small incision in the lower back to insert a tubular retractor. Through this tiny incision, microsurgical spinal instruments are used to remove overgrown vertebral discs and soft tissue to relieve pressure on the spinal nerves.

This technique is used to treat spondylosis, herniated discs, or spinal stenosis. Posterior cervical laminectomy and fusion is performed by first making a 3-4 inch incision along the back of the neck. Then, muscles are lifted off the lamina so that the lamina and spinous process can be removed. A bone graft will then be placed in the empty space to fuse the vertebrae together. Screws and rods will also be placed along the spine for support.

This technique is used to treat spinal conditions that cause spinal instability, such as lumbar spondylolisthesis, lumbar disc degeneration, and scoliosis. TLIF is similar to ALIF, with the exception that it is performed in a minimally invasive fashion and there is some difference to how the disc is accessed. However, the procedure still removes the affected disc and replaces it with a spacer and bone graft.