What is a Chance Fracture? 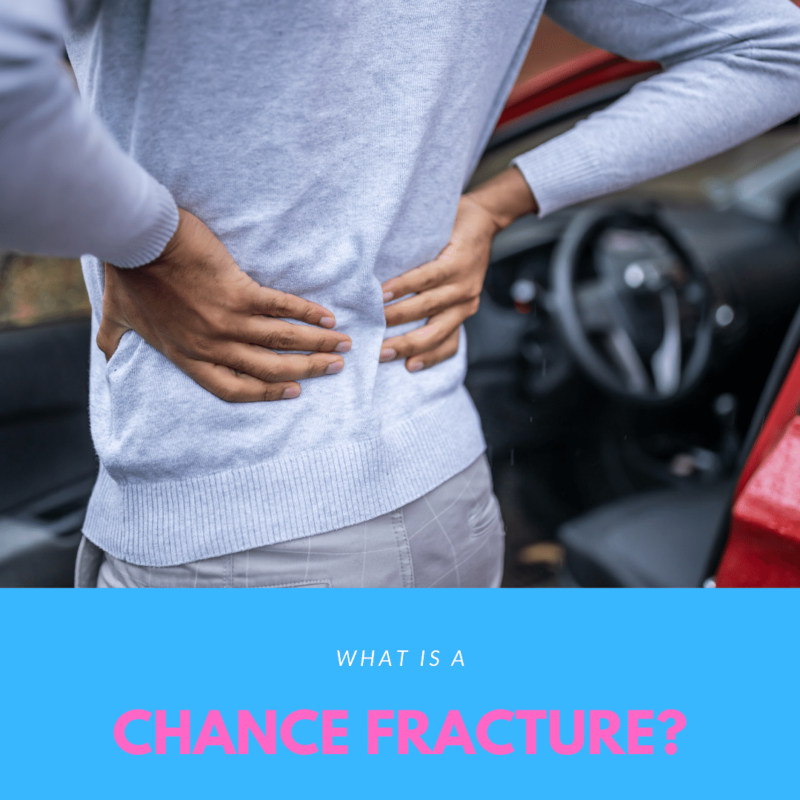 A Chance fracture is thus characterized by a fracture that extends through all three columns, damaging all the structures within these columns. However, the ligaments remain intact even though the spine is fractured, making the entire spine unstable.

When a Chance fracture occurs, the most prevalent symptom is severe back pain that increases with every movement. While it is not a symptom of a Chance fracture, it is important to note that many Chance fractures are accompanied by abdominal injuries since they are generally caused from a lap belt. Luckily, however most Chance fractures do not cause neurologic symptoms.

Chance fractures can be diagnosed by performing a physical exam of the spine and abdomen. Diagnostic imaging methods are also commonly used to determine the extent of the injury and the best treatment option. When visiting your doctor about back pain, an x-ray will be performed to determine if a fracture is present. If you were just in an accident and are in the emergency room, then you will generally be taken to have a CT and/or MRI to determine the extent of the damage.

Treatment for Chance fractures will depend on the extent of the injury. Cases that only affect the spinal bones and not the spinal cord can usually be treated non-surgically by casting the area so that it is immobilized. In cases where the spinal cord or posterior ligaments have been damaged, however, surgery is generally recommended to repair the damage, as well as to attach rods and screws for spinal stabilization.

While recovering from a Chance fracture, it is important to follow any directions provided by your spine surgeon. Generally speaking, Chance fractures treated both surgically and non-surgically are also treated using physical therapy to aid in healing. Although spinal fractures can take a long time to heal, it is definitely worth being patient and allowing them to heal.