What is Bamboo Spine? 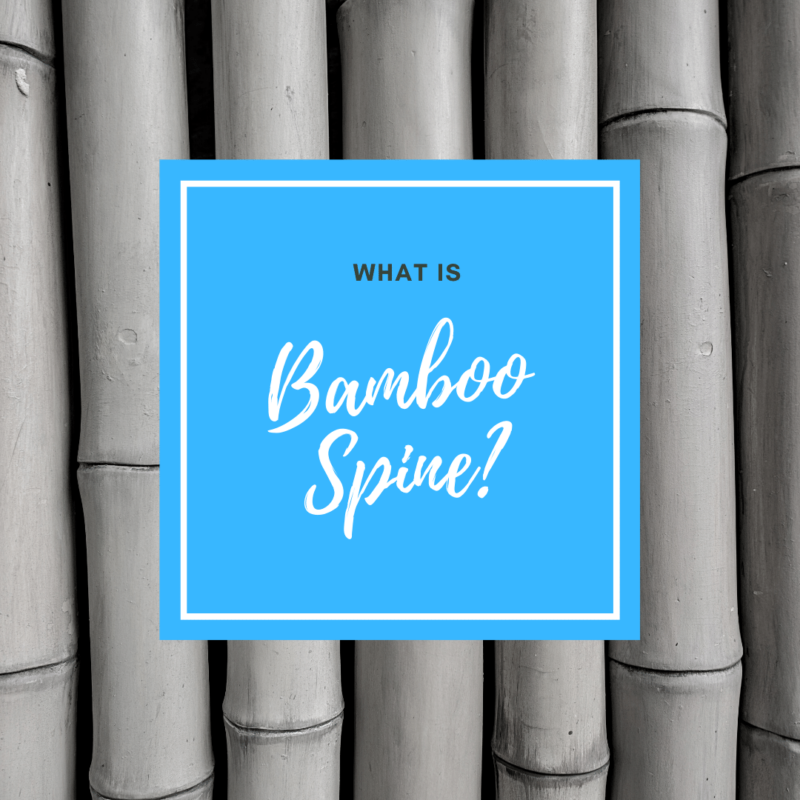 Many people find bamboo to be a beautiful plant because of its slender, smooth structure. However, this structure is not as appreciated when applied to the human spine. In this blog, we will discuss what bamboo spine is and what you need to know about this spinal condition.

What is bamboo spine?

Bamboo spine is a complication of ankylosing spondylitis that causes the spine to have the appearance of a bamboo stalk when viewed using an x-ray. A healthy spine is composed of several bones, spinal discs, and elastic ligaments that allow a variety of movements. From the side, a healthy spine has an S-curve that also allows for mobility and support. A bamboo spine, however, occurs when all the spinal bones fuse into one long bone. A bamboo spine is:

How does Bamboo Spine Happen?

Inflammation of the entheses is not constant, but occurs in intervals known as “flare ups”. In the time between inflammatory flares, the body attempts to heal the damage by forming extra bone and scar tissue. Unfortunately over time, the constant new bone growth leads the spinal bones to fuse together. However, the new bone is weak, which makes the spine more fragile overall.

Can Bamboo Spine Be Prevented?

A physical exam will evaluate your posture, range of motion, and points of tenderness. Your other joints will also be evaluated for signs of inflammation, and your eyes and skin will be checked for abnormalities. In the early stages, ankylosis spondylitis is not always noticeable on an x-ray. However, x-rays can be used as a reference point to compare to future x-rays. There are also no blood tests that can specifically test for ankylosis spondylitis, however blood tests may be performed to identify general inflammation in the body. Additionally, blood tests can identify the presence of the HLA-B27 gene, which has been associated with ankylosis spondylitis.

Bamboo spine is a complication of ankylosing spondylitis that can be prevented by an early diagnosis and the proper treatments. If you are experiencing back pain that persists and has no other identifiable cause, it is important to see a doctor. If your doctor suspects ankylosis spondylitis, they will perform an exam and may order blood tests or x-rays for further evaluation. Early diagnosis can help prevent bamboo spine by starting treatment as soon as possible.